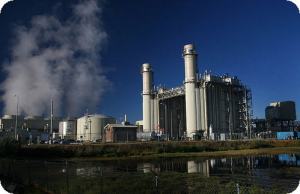 With San Diego’s nuclear plant shut for good, utility officials are reviving a proposal for a major new natural gas power plant in an industrial zone south of San Diego.

Plans for the Pio Pico Energy Center, adjacent to an existing power plant in unincorporated Otay Mesa, were rejected in March by the California Public Utilities Commission, saying there was no need for the facility until at least 2018. But the door was left open for a repeat application.

What can you do?  Make sure your home is the most energy efficient it can be.  Add solar.  Contact the appraisers at www.scappraisals.com for your value questions.

“I think what we see now is the opportunity to take a facility that has been through the entire process of having a competitive bid, the lowest cost facility for our customers, and have that come on as a good solid supply,” Niggli said.

Under the previous application, the Pio Pico project would cost utility customers more than $1 billion under a 20 year contract. Exact terms were not made public under rules designed to protect competitive bidding.

The power plant application kicks off efforts to redraw the Southern California energy grid without San Onfore’s twin reactors, which generated enough energy to power 1.4 million homes. Advocates for alternatives to fossil fuels vowed to challenge the proposal, saying it would cut short efforts to meet energy needs though through conservation, rooftop solar and energy efficiency and other clean technologies.

Under California law, those resources are given priority over the development of fossil fuel plants in an effort to reduce air pollution and forestall climate change.

SDG&E officials have argued that Pio Pico and other quick-start natural gas plants will be needed to offset more solar and wind energy generation that varies with the weather. Utilities are required to generate one-third of their electricity from renewable sources by 2020.

The state announced Monday that it is moving forward with new energy storage requirements that can help even out the availability of power generated by wind, solar and other renewable sources.

California’s main grid operator is forecasting adequate energy supplies for this summer, but also is actively preparing consumers to conserve energy on short notice in the event of extreme hot weather or the failure of power plants and transmission lines or both.