Tips for Keeping a Lid on Water Usage 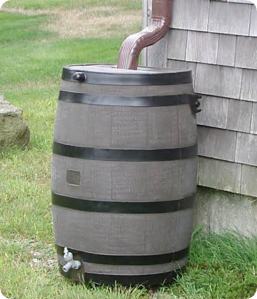 Every bit counts, and Alyse Ford reminds herself of that every time she bathes or cleans the kitchen. While some conservation-minded water users invest in drought-resistant landscaping, graywater systems and efficient irrigation, others like Ford take a low-tech approach.

Will water consumption effect home value in the near future?  Contact the appraisers at www.scappraisals.com for your home value questions.

“I lived in Sonoma County during the big drought of the ’70s,” when water conservation became a mantra, Ford wrote. “They also said, ‘Shower with a friend.’ … Remember, this was the ’70s!”

She became convinced that simple changes in habit could make a big difference.

“I took all that to heart and started these practices, and I’ve been doing it ever since,” said Ford, 62. “I’m kind of fanatical about it.”

She takes short, military-style showers and keeps a bucket on hand to capture flows as the water warms up, then hauls that out to her plants. Forgoing a dishwasher, she cleans dishes in buckets in the sink and saves that water for the landscaping as well.

“I try not to have any water run down the drain,” she said.

Ford hopes to install a graywater line soon. In the meantime, she irrigates with rainwater captured in a 50-gallon barrel and several large trash bins.

“I think a lot of it just comes down to awareness and not wanting to waste (water),” Ford said.