Homes and Utility Companies – The Fight over the Grid 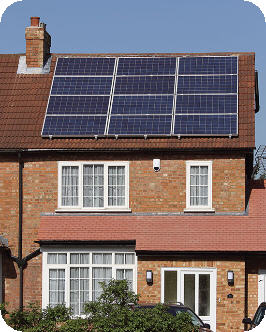 “Distributed energy” refers to electricity generation from many small-scale (often renewable) sources tied into the grid to meet the power demand of local communities — such as solar arrays or small wind turbines powering individual houses. This network is contrary to the conventional energy setup of large, centralized power plants that transmit electricity up to hundreds of miles to consumers. As the price of solar power continues to plummet and more homeowners install renewable energy systems on their homesteads, locally produced, distributed energy is becoming a larger component of the electricity grid.

Now, some electric utilities are claiming the grid is becoming too messy — and they’re working to block home energy generation. The utilities say the grid is too fragile to handle the burden of distributed energy. But former U.S. Secretary of Energy Steven Chu calls the claims “another bullshit argument,” and says solar installations won’t threaten grid stability until they approach 20 percent of the customer base. No state has neared that proportion, but that’s not stopping utilities from lobbying to repeal renewable-energy tax credits and abolish net-metering agreements between utilities and grid-tied homeowners seeking to sell their excess power back to the utility. For example, Hawaiian Electric Co., which operates in one of the most highly solar-powered states, has adopted policies that effectively halt solar installations. The company cites safety concerns even though less than 5 percent of its customers use photovoltaics.

The grid isn’t as burdened as these utilities claim, and renewable-energy proponents theorize the utilities may be attacking distributed energy to protect their profits rather than the integrity of the grid. It’s up to you to tell your state government that you support legislation allowing distributed energy. To get the facts, read the Department of Energy study The Potential Benefits of Distributed Generation.

Disclaimer: for entertainment and information purposes only