California to phase out EV incentives for the wealthy 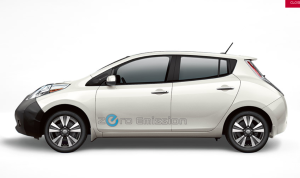 California, which offers rebates of up to $2,500 to electric vehicle buyers to help meet a goal of getting 1.5 million zero-emission vehicles onto its roads by 2025, is overhauling its incentive program in response to a common criticism: The state’s rebates are sometimes just a windfall for the wealthy.

The California Legislature passed a bill on Thursday to phase out EV rebates for well-off buyers, as well as offer new incentives for low-income car owners who scrap a car and use public transit or join a car-sharing service.

“The income cap is meant to ensure we keep the program in the black while not undermining progress” toward the state’s EV goals, said Max Baumhefner, an attorney at the Natural Resources Defense Council, an environmental group.

For years, the state has offered a $2,500 rebate for buyers of EVs such as the Nissan Leaf or Tesla Model S. Buyers of plug-in hybrids such as the Chevrolet Volt are eligible for a $1,500 rebate.

These credits have recently drawn complaints in California due to fast-growing sales of the Tesla Model S, which starts at $72,240 including shipping before the $7,500 federal tax credit and the $2,500 California rebate. The car’s popularity in tech-savvy areas such as Silicon Valley has chafed lawmakers, who argue that the rebate gives a windfall to millionaire buyers who would have bought the Model S even without it.

Disclaimer: for entertainment and information purposes only.