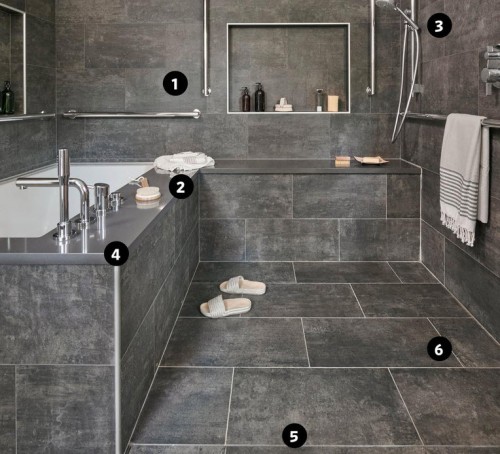 American baby boomers are reaching retirement age at a rate of 10,000 a day, according to AARP. But apparently they’d rather regale friends with apocryphal recollections of being at Woodstock than contemplate their own mortality and plan for their dotage, even though they risk paying dearly for such shortsightedness.

“Falls are the leading cause of fatal and nonfatal injuries among older persons,” said Erik Listou, co-founder of the Living in Place Institute, who modified the accepted term “aging in place” (AIP) when he co-founded it, because “nobody wants to talk about getting old.” The Denver-based educational organization trains medical professionals, Realtors, designers, and contractors in AIP principals. “The cost of a fall is estimated at around $34,000 in just direct medical expenses,” he continued. And according to Genworth Financial’s 2017 Cost of Care Survey, the national annual median for assisted living is $45,000 (as high as $72,000 in some states), so making your home safe enough to maintain your independence clearly makes economic sense, what with the average midrange bathroom remodel costing about $19,000, according to Remodeling magazine.

But it isn’t the cost that causes clients and builders to avoid the topic. After all, many AIP modifications, such as replacing knobs on cabinets, faucets and doors with pulls and levers, can be made without a major overhaul. Homeowners fear that AIP will look ugly and institutional. One glance at a bathroom grab bar and most of us can smell disinfectant and hear the squeak of nurses’ shoes.

This entry was posted in decorating and tagged aging in place, senior home design. Bookmark the permalink.